India have changed their batting approach under the captaincy of Rohit Sharma. The team has adopted a new method of going gung-ho at the top. 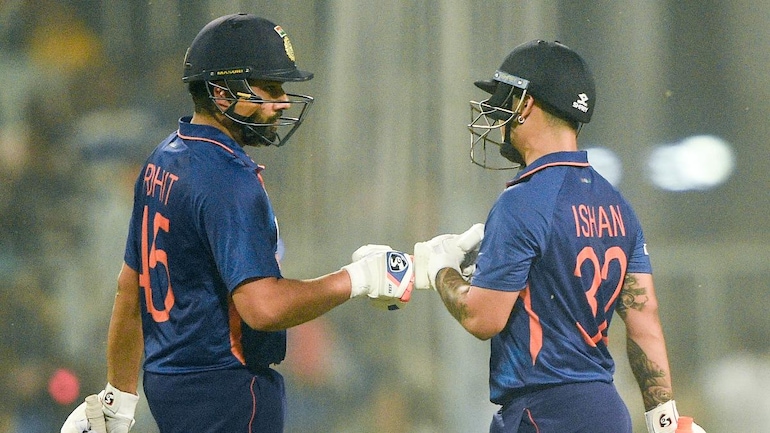 Former Indian head coach Ravi Shastri has shared his two cents on the new attacking approach that the Indian cricket team has adopted in the shortest format of the game. Under the captaincy of Rohit Sharma, the Indian team has tried to do away with a conservative approach and has actively looked to play shots at the top of the innings. While the approach has not always been successful, but Shastri has backed the method to be successful in the long run.

Speaking on Star Sports, Shastri has said that Rohit Sharma and the Indian cricket think tank should not change their approach.

“They should not change the approach. Even when I was coach we discussed we were a bit timid at the top considering the players we had down the order,” the former coach said.

Stating that it is the right thing to do, Shastri said that once the team starts winning their games, it will build confidence going into the major games of any tournament.

“It is the right approach. You will lose a few games in between but if you start winning with this approach you can take that confidence in big games and use the same tactics,” he further added.

Notably, Virat Kohli’s India were criticised for their conservative approach in the 2021 T20 World Cup, where the tournament favourites were knocked out early. The team was handed defeats against the likes of Pakistan and New Zealand, where they failed to put a respectable total on board.

The Board of Control for Cricket in India (BCCI) then changed the captaincy and the team was put under the tutelage of Rohit Sharma and eventually, he was handed the Test captaincy as well.

With the T20 World Cup approaching, India will be hoping to play their full strength team in the remaining games and get a set combination going into the world tournament.