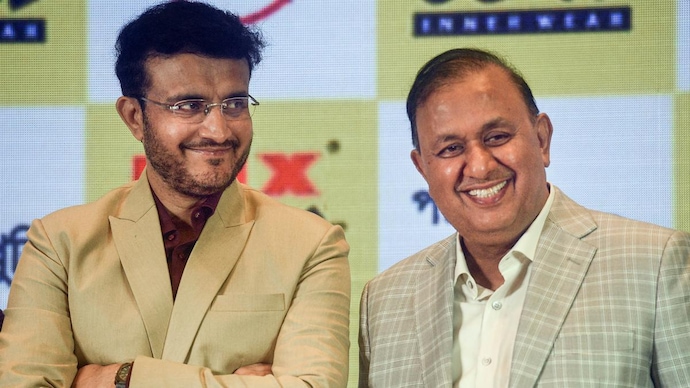 By Anirban Sinha Roy: Outgoing Board of Control for Cricket in India (BCCI) president Sourav Ganguly has said that he is fairly happy with his tenure as a cricket administrator. Ganguly, who presided over the post of BCCI president since October 2019, said that many good things happened under his leadership. The former India captain’s statement in an event in Kolkata essentially confirmed reports in the Indian media that Ganguly was set to make way for a new person as the head of Indian cricket’s governing body.

It is expected that former India cricketer and World Cup winner Roger Binny will take over the role from Sourav Ganguly.

“Playing is more tough than being a cricket administrator. There are challenges to the role as well since there are so many things happening at once. I loved it. If you see last three years in Indian cricket so many good things happened,” Ganguly said in an event organised in Kolkata.

The former cricketer reflected upon his tenure as the BCCI chief and said that driving Indian cricket through the COVID-19 times was one of the biggest achievements in his time. He further spoke about the development of women’s cricket and men’s team performance overseas.

Asked about why he is vacating the position, Ganguly remained coy and replied that one could not remain in the same position for the entirety of his lifetime, be it as a player or as an administrator.

Stating that his cricketing life was the best, Ganguly said that the most he has enjoyed in his career is during his debut Test match at Lord’s in 1996.

“My Mindset in the debut game at lords is my best. I just tried my game there. It’s look like ritual. My target is to get 10, 10 runs. It’s kept my concentration. Everyone has small steps to keep it long. You must do it day after day month after month. And if you look at quick success it is not going to happen. That don’t happen. You don’t become Sachin Tendulkar in one day,” Ganguly said.

“I had been president of CAB, BCCI, but player life was the best, those 15 years of cricket life,” the former captain concluded.