Neeraj Chopra made his comeback to the field in grand fashion as he scripted history by finishing first in the Lausanne Diamond League and qualified for the finals in Zurich. 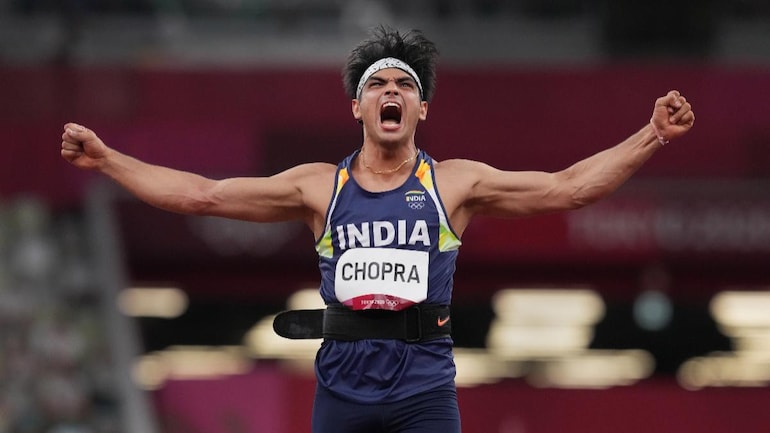 This is the first time Chopra has finished first in the Diamond League (Courtesy: PTI)

India’s Neeraj Chopra achieved history on his comeback to the field as he claimed the first position in the Lausanne Diamond League with an incredible 89.08 m throw.

This is the first time Chopra has claimed the top spot in a Diamond League event and has now booked his place in the Finals in Zurich.

Olympic champion Neeraj Chopra returned to action after completing his recovery in Germany. Neeraj had hurt his groin during the World Athletics Championships in Oregon late in July. As a result, he had to skip the CWG 2022 in Birmingham.

Earlier in the season, Neeraj had breached his own personal best twice and registered a new national record of 89.94m at the Stockholm Diamond League. Chopra’s second-placed finish in Stockholm also kept him in contention for the six-athlete Diamond League grand final in Zurich, which will be held next month.

The Lausanne meeting is the last men’s javelin throw event of the 2022 Diamond League season. Jakub Vadlejch of the Czech Republic leads the Diamond League javelin standings with 20 points. Germany’s Julian Webber is second with 19 points.

Anderson Peters of Granada is third with 16 points but the reigning world javelin champion is unlikely to compete in Lausanne following an attack at home by crew members of a party boat on August 10, before being thrown overboard. Neeraj Chopra is fourth with seven points, collected from the only Diamond League event he took part in in Stockholm.

On Friday, in his first attempt, Chopra was able to hit the 89.08 m mark and no one of the other competitors could match up with the Indian star.

The 24-year-old then went on to hit the 85.18 m mark on his second attempt and decided to sit out the third attempt.

Chopra’s fourth attempt was disqualified and he decided to sit out the penultimate one. In his final throw, the 24-year-old hit the 80.04 m mark.