Christiano Ronaldo got himself tangled in a controversy after he walked away in Manchester United’s match against Tottenham on Wednesday, October 20 at Old Trafford in Manchester. 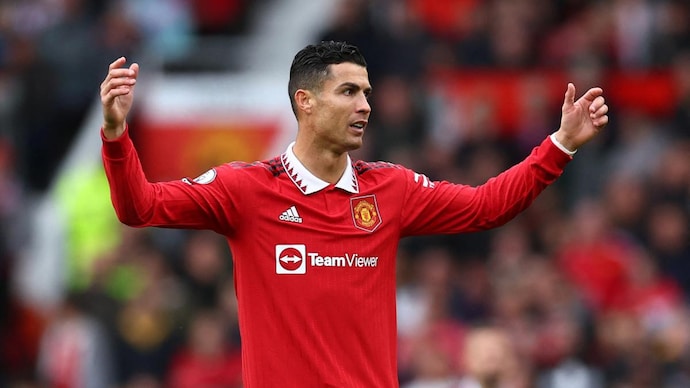 By India Today Web Desk: Cristiano Ronaldo won’t be taking part in Manchester United’s upcoming Premier League match against Chelsea to be played on Saturday, October 22 at Stamford Bridge. The United, on Thursday, October 20, released a statement where they shared the update on the Portuguese star.

“Cristiano Ronaldo will not be part of the Manchester United squad for this Saturday’s Premier League game against Chelsea,” United were quoted as saying on their official website.

“The rest of the squad is fully focused on preparing for that fixture,” the Premier League football club added.

The club took the decision after the 37-year-old star left Old Trafford in Manchester before full-time of United’s match against Tottenham on Wednesday, October 20.

Fred opened United’s account in the 47th minute, after which Bruno Fernandes scored the second goal in the 69th minute of the match.

During this while, Ronaldo kept spending time on the bench, as United didn’t use him as a substitute.

After the match, United boss Erik ten Hag was asked if Ronaldo had a chat with him before walking off.

“He was there, I have seen him, but I didn’t speak with him,” Ten Hag told Prime.

Later, Ten Hag said that he didn’t want his focus to shift from his team’s performance in the tournament.

“I don’t pay attention to that, I will deal with that tomorrow. I want to keep the focus on the team. It was magnificent from all 11 players. I have to correct myself. It was also a performance from the substitutes who came on. Once again, it was a squad performance. I think what we have seen is 11 players who defend and 11 who attack. I was pleased,” Ten Hag said in the post-match press conference.

United are currently placed fifth in the points table with 19 points and a goal difference of zero from their 10 matches. In their next match, they will be looking to move one step up by beating Chelsea.