South African left-arm spinner Keshav Maharaj said that he would not consider the Shikhar Dhawan-led Indian ODI side as a second string despite the absence of star players like Virat Kohli and captain Rohit Sharma. 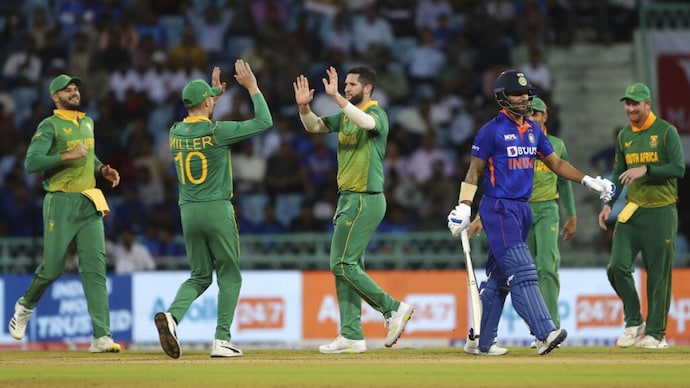 By India Today Web Desk: South African left-arm spinner Keshav Maharaj said he would not consider the Shikhar Dhawan-led Indian ODI side as a second-string team as India have so much talent that they can field four-five proper international sides at one time.

The Indian fringe players are in action in the ongoing three-match ODI series against South Africa.

“I would not call it a second-string Indian side. India have so much talent that they can field four-five proper international sides,” Maharaj said on the eve of the second and penultimate ODI here.

“Having said that, a lot of the guys have IPL and have international experience. There are world-class performers out there.”

India trail the series 0-1 after losing the first ODI by nine runs in Lucknow on Thursday. The Temba Bavuma-led visitors had lost the T20I leg of the tour 1-2.

“It’s always nice to play well against India. Obviously, you want to prepare yourself. They have a world-class batting lineup,” Maharaj said.

Tabraiz Shamsi, who was once the No 1 T20I bowler in the world, looked out of sorts in the series opener as he was taken to the cleaners by the Indian batters. He returned with figures of 1/89 from his eight overs.

But Maharaj backed Shamsi, saying the Lucknow match was a rare off day for the left-arm wrist spinner.

“I don’t think he really had a poor outing. Figures don’t exactly tell you the true reflection of the way someone bowled.

“The Indian batters had to take on someone and unfortunately it was him on the day. I thought he held his nerve really well at the back end,” Maharaj said.

“Obviously, they picked up crucial wickets to open up. I don’t think his form is a concern. It’s only a matter of time till he bounces back. We know what he is capable of.”

Here in the hometown of Mahendra Singh Dhoni, Maharaj said he would love to have a chat with the Indian great.

“I never got the opportunity to play with him. But I would love to have a chat with him. He’s been a world-class performer, more especially from the leadership point of view. Just his calmness on the field. There’s a lot of things that people can learn from him,” he said.