Mercedes boss Toto Wolff has suggested that George Russell is a Formula One World Champion in the making after his impressive start to life with the Silver Arrows. 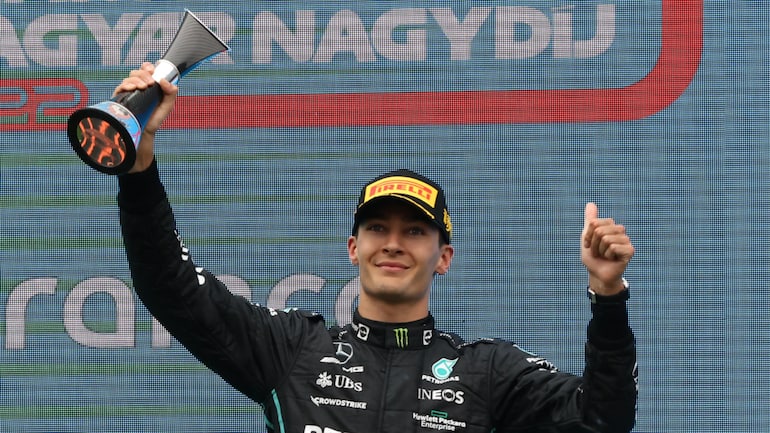 Mercedes boss Toto Wolff believes that George Russell is a F1 World Champion in the making and believes that his pole at the Hungarian GP is just one of the many milestones awaiting the British driver in his career.

Russell joined the Silver Arrows at the beginning of the season and has made an impressive start to his life alongside Lewis Hamilton. In a season that has seen Mercedes struggle, the 24-year-old has delivered consistent performances and has even outscored Hamilton.

The British driver has secured 12 top five finishes out of the 13 races and also secured his maiden pole in Hungary ahead of the season break. Russell is currently fourth in the driver’s standing for this season.

Talking to GPFans, as quoted by planetf1.com, Wolff heaped praise on Russell and said that he would never have been given a seat at Mercedes if he wasn’t World Champion material.

“We would have never put him in a Mercedes if we didn’t believe he can be a future World Champion,” said Wolff.

The Mercedes boss also commented on Russell’s pole in Hungary and said that it was truly a great moment in his F1 career. However, Wolff went on to say that it is just another milestone of the many he will achieve in his time in the sport.

“It is George’s first pole so that will always be something special for him, and us, because that is a moment to remember.”

“But George had these incredible performances in junior series and he had it in Spa last year in the rain. It is just another milestone of the many he is going to achieve,” said Wolff.