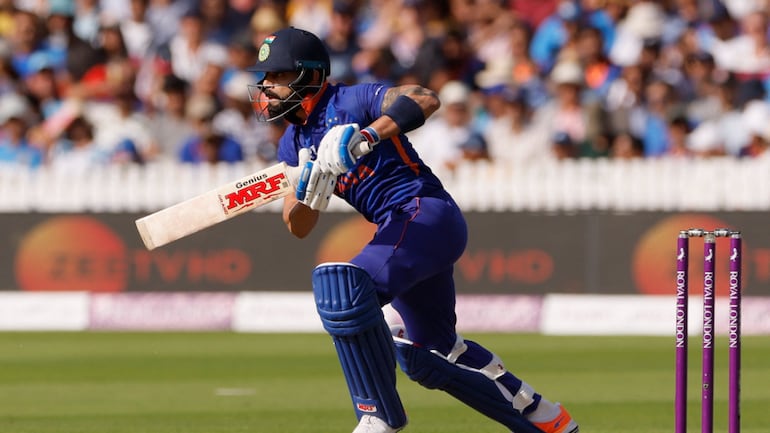 Former Pakistan spinner Danish Kaneria has questioned the place of Virat Kohli ahead of young and upcoming India stars who have done very well in the recent times. The former Indian captain has been through a prolonged lean patch which has attracted criticism from the fans and experts alike. Kaneria took to the Koo App and argued that if a world class spinner like Ravichandran Ashwin can be dropped from the Indian team, why can’t Kohli be dropped as well.

Speaking highly of top order batsman Deepak Hooda and Kaneria said that the selection committee should not be playing ludo with the careers of players.

“When world class off spinner Ashwin can be dropped then why not Virat where is Deepak Hooda why the selection committee and management playing with carriers of Indian talented cricketers. Who is the person playing Ludo with Indian and fans of Indian team, Arshdeep, Deepak Hooda and Surya needs to give them full confidence they are the backbone of Indian Cricket,” Kaneria said exclusively on the Koo app.

Virat Kohli’s form has been under spotlight off late, especially after coming back from a rest to the Indian team. Many including Kapil Dev, Venkatesh Prasad and Irfan Pathan have questioned the resting policy for the likes of Virat Kohli and Rohit Sharma and have suggested that the players play their full quota of matches ahead of the World Cup.

India skipper Rohit Sharma has also backed Kohli to come good in the games ahead after the conclusion of the second ODI.

“He [Kohli] has played so many matches. He is playing for so many years. He is such a great batsman so he does not need reassurance,” Rohit said in a post-match press conference on Thursday.

With a 100-run win against India, England have now levelled the series 1-1 and the two teams will now lock horns with each other in the third ODI on Sunday.