India and England will play the fifth Test match, which was postponed last year, from July 1 in Birmingham. India are currently leading the Test series 2-1. 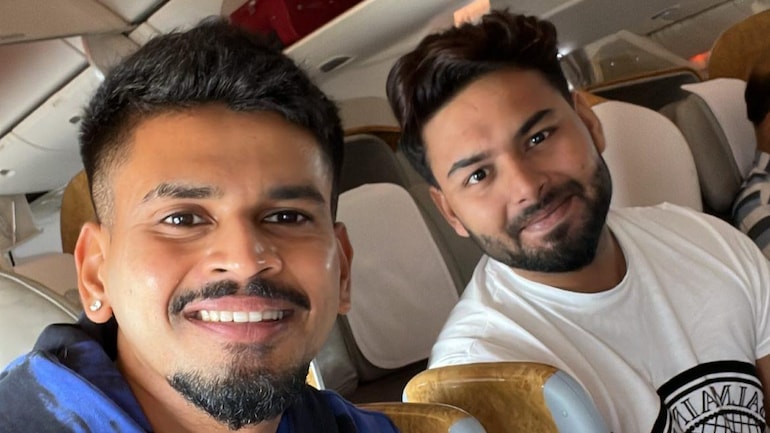 A day after sharing the T20I series trophy with South Africa, Rishabh Pant and Shreyas Iyer on Monday left for the UK to join the Indian team for the Test match against England.

India and England are scheduled to play the fifth Test match, which was postponed last year, from July 1 in Birmingham. The boards jointly postponed the match after the outbreak of Covid-19. India are currently leading the Test series 2-1.

Virat Kohli and Joe Root, who both led India and England last year respectively, stepped down from the Test captaincy earlier this year. While Kohli relinquished the role after India lost the Test series against South Africa, Root quit the captaincy following the Ashes hammering in Australia and series defeat against West Indies.

Rohit Sharma and Ben Stokes will lead India and England in the upcoming fifth Test next month.

Cheteshwar Pujara, who was dropped for the home series against Sri Lanka, bagged his ticket to the UK after regaining his form by scoring 720 runs for Sussex in England’s County Championship. He registered two centuries and a double hundred in April-May this year.

Meanwhile, Ajinkya Rahane couldn’t find his place in the 17-man squad. Rahane, along with Pujara, was going through a lean phase. He played for Kolkata Knight Riders (KKR) in the recent Indian Premier League 2022 but couldn’t do much with the bat.